Home > About Us > What We Believe

About The Christian and Missionary Alliance in Canada

The Christian and Missionary Alliance is committed to Jesus and his mission. We are a group of approximately 440 local churches in Canada, and we send people to live on mission locally and globally.  We aim to be a Christ-centred, Spirit-empowered, Mission-focused movement in everything that we do.

We believe that the Bible is the truth, and that Jesus has invited, called and empowered each of us to live on mission, to reach the world with his love.

To find out more about who we are, read our vision, core values, history, statement of faith, and some statistics about what we do in Canada and around the world: www.cmacan.org

The Christian and Missionary Alliance grew out of the vision of Rev. Albert Benjamin Simpson, who was ordained in the Presbyterian Church in 1865 and became the pastor in one of Canada’s most prestigious pulpits. During the next number of years the Holy Spirit revolutionized his life, making him more passionate for the souls of the poor and neglected people at home and around the world. 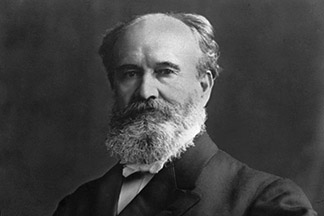 In 1887, compelled by a sense of urgency to take the message of Jesus Christ to all nations, Simpson was used by God to give birth to The Christian and Missionary Alliance. It was only natural that his vision should extend to Canada. Many of the leaders in those first years were Canadians. The first Alliance church in Canada was Bethany Tabernacle in Toronto, Ontario in 1887.

By the 1920s the C&MA became a major evangelical movement, both in the United States and Canada. In Canada, saddle-bag preachers visited the homesteads of the West, and evangelists conducted campaigns in the East, bringing many people to Christ. By 1926 there were 19 “branches” in eastern and central Canada and four in western Canada.

The growth in the church in the 1930s was in direct contrast to the depression experienced by the entire country. In 1941 the Western Canadian Bible Institute was opened in Regina as a direct result of the need for trained workers. 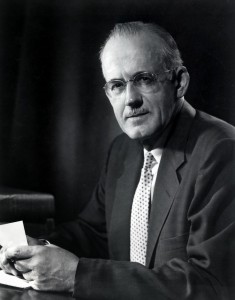 Aiden Wilson Tozer served pastorates across the United States, including 30 years in Chicago. He became known as a writer with a wider evangelical audience and his writings continue to influence Christians around the world. His final pastorate was at the Avenue Road Church in Toronto. From there, his sermons and writings greatly impacted Canadians in the post World War II years.

Throughout the early years the C&MA in Canada was governed by the Alliance in the United States. An autonomous Christian and Missionary Alliance in Canada came a giant step closer at the founding Assembly held in Winnipeg in June 1980. A constitution was adopted, a president elected, and a Board of Directors chosen in preparation for full Canadian autonomy January 1, 1981. The two organizations, from Canada and the U.S., maintain a close cooperative relationship today.